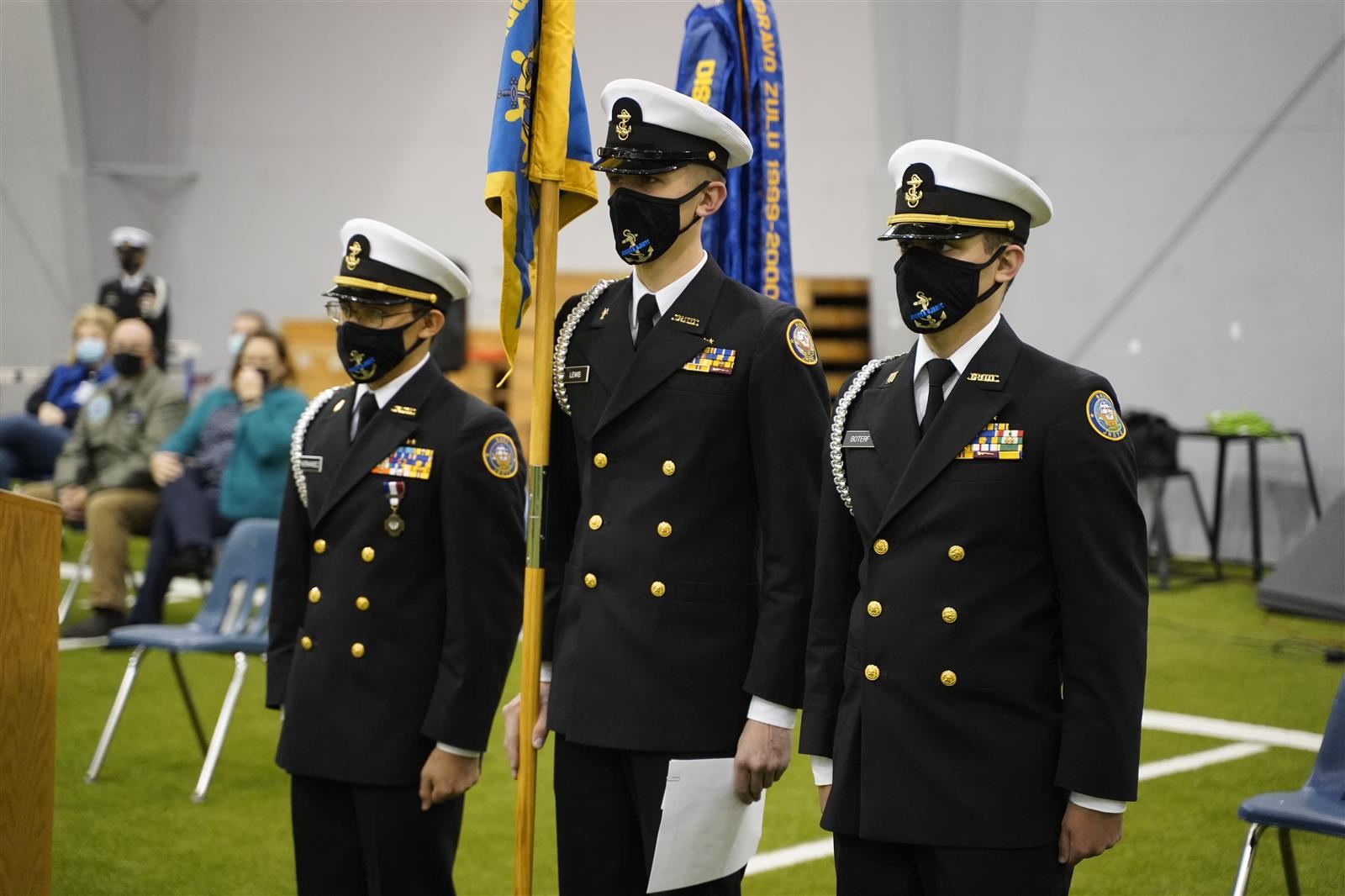 During the annual Formal Inspection on Wednesday, December 2nd, three cadets were given full-ride military scholarships. The three cadets and universities of their choosing are: 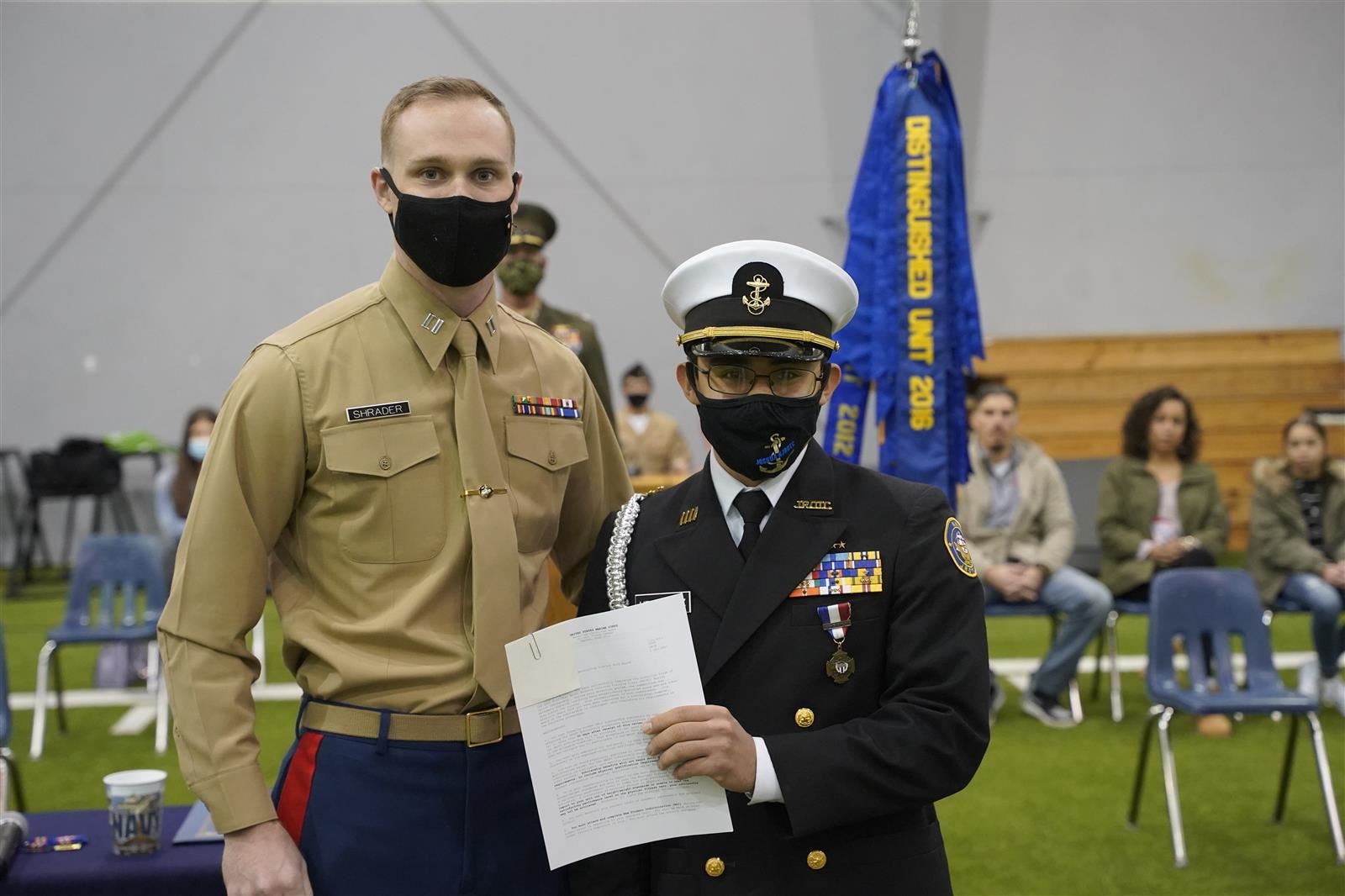 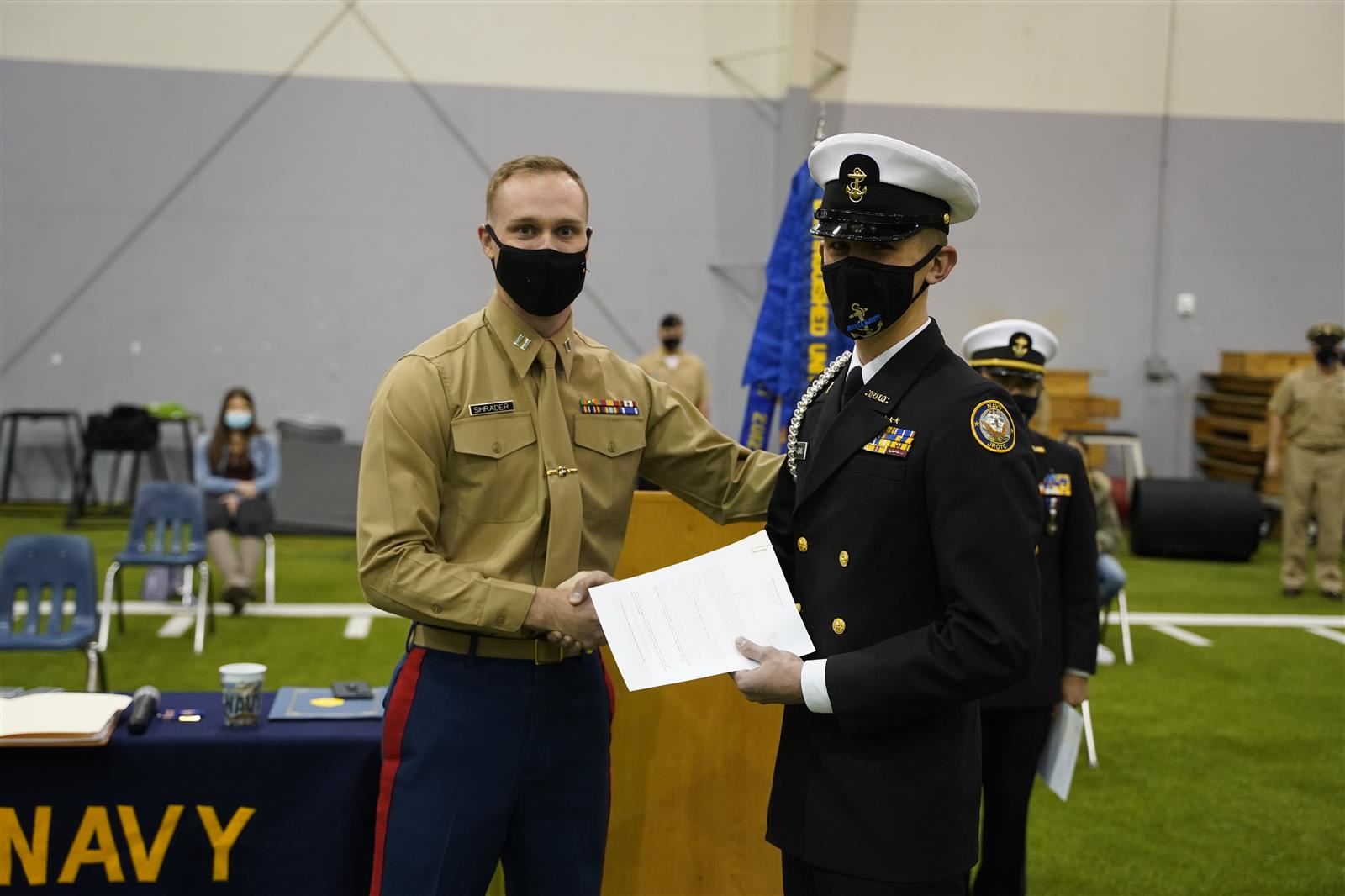 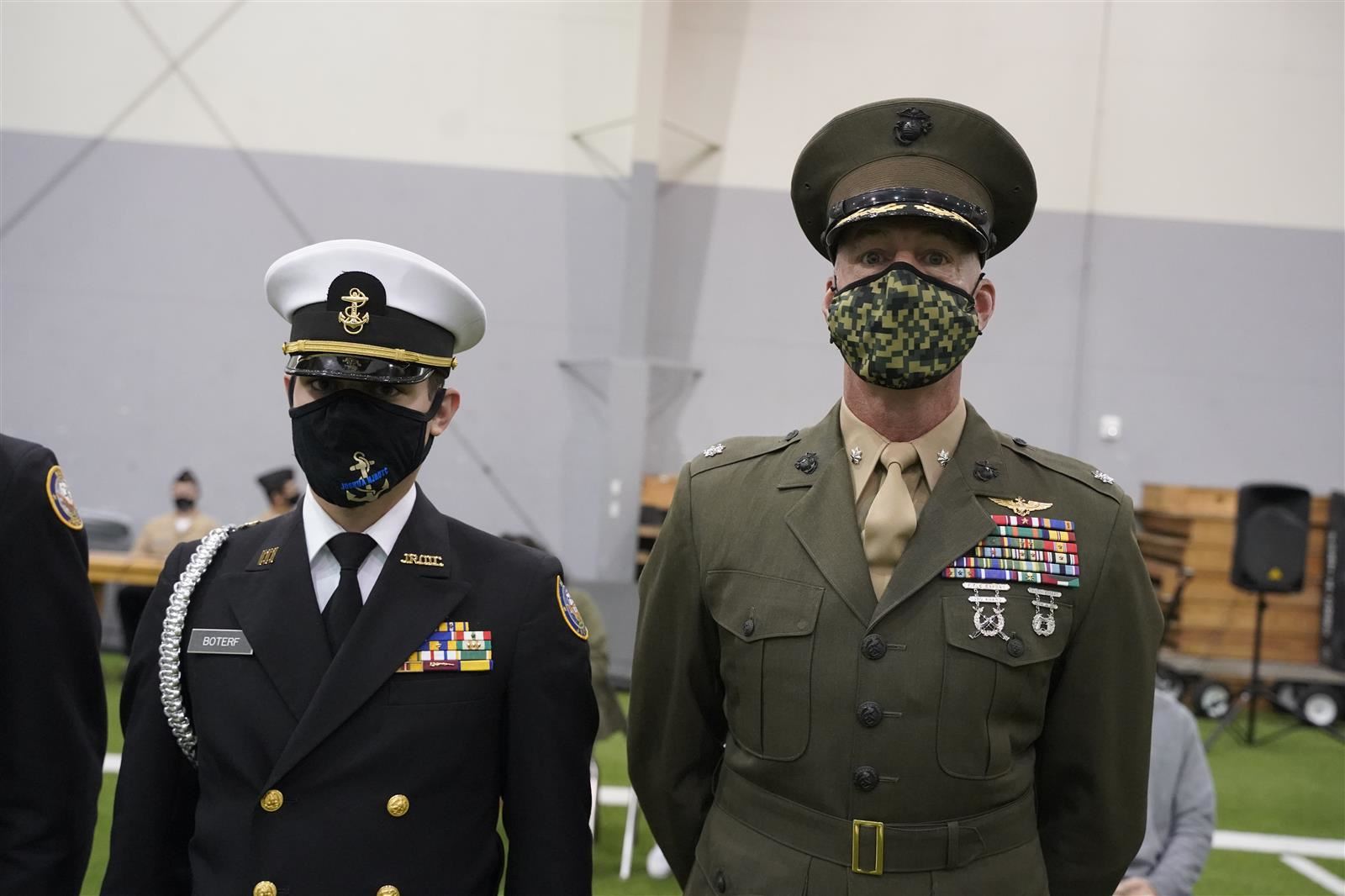 Cadets Hernandez and Lewis were presented their scholarships by Captain Andrew Schrader from the United States Marine Corps. Fort Worth Unit. Cadet Boterf was presented his scholarship by JHS Naval Instructor Retired Lt. Col. Jim Davidson. The scholarships vary, but are set at $185,000.

"These boys set their goals and prepared themselves mentally, academically, and physically," said Davidson. "Their futures are unbelievably bright. America could not ask for better officers to lead its sons and daughters."