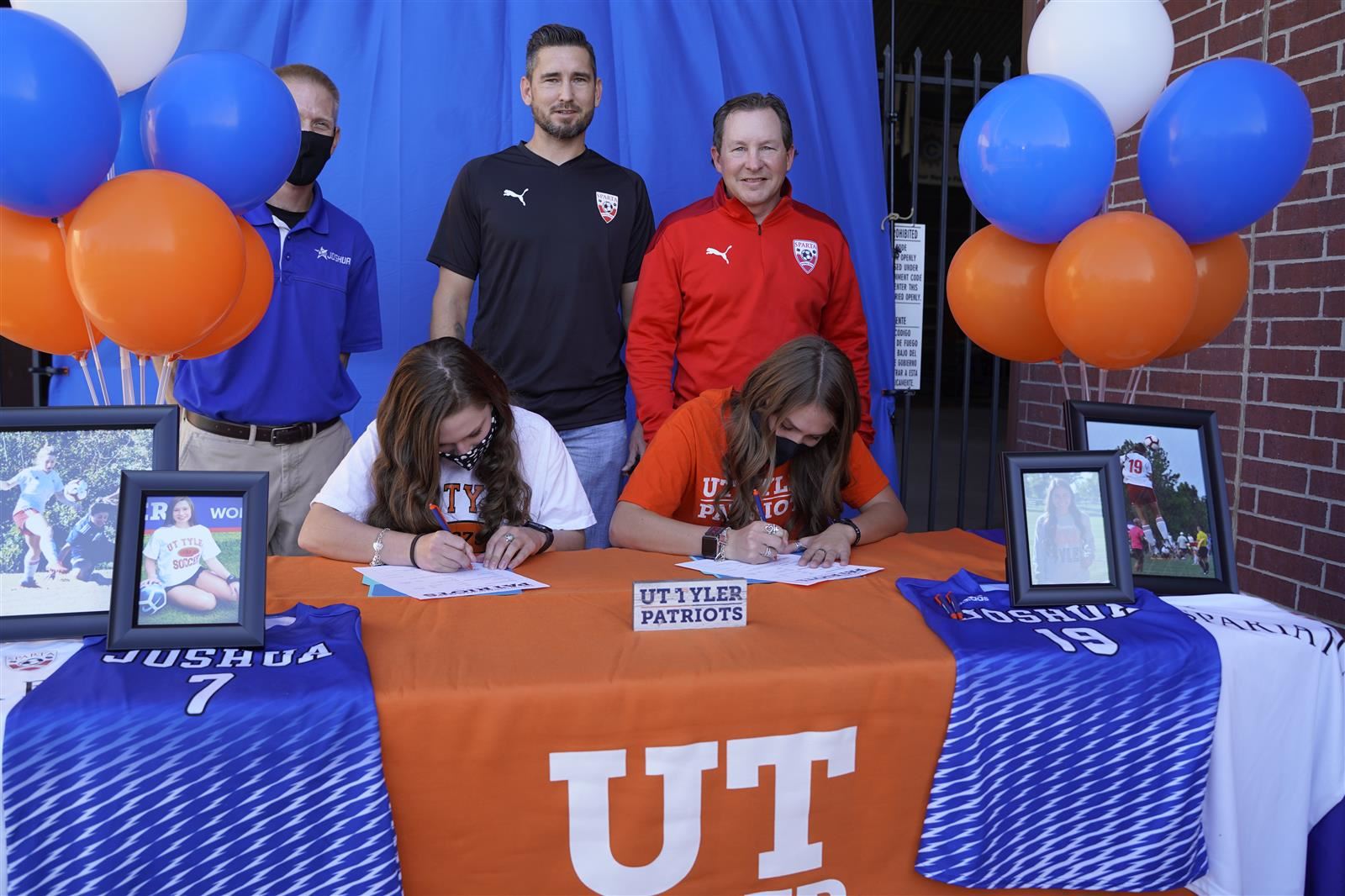 Seniors Reagan Easter and Kylie Criner both made it official and will play for the University of Texas-Tyler next year during a signing ceremony at Owl Stadium. Last season, Easter led the Owls with 12 goals and three assists, while Criner fortified the back end on a team that allowed less than a goal a game. She also contributed two goals and two assists. The team finished in 3rd place in the district, but COVId-19 canceled the UIL Soccer playoffs.

"We both started soccer when we were little, and spent countless hours practicing, driving to games, and working through injuries to get to the collegiate level, so it means a lot," said Easter.

"My goal was to play collegiate soccer as a kid, so to have this day come and to celebrate with my family and friends is amazing," said Criner.

"Coach Jeffrey Brooks and Joshua High School want to better you as a person," said Criner. "I'm so thankful to be a part of this program and school."

"I think the world of them," said Coach Brooks. "I've known them for a long time and they are central to everything we have done in the last three years, particularly the regional qualifying team their freshman year. They have grown as leaders and our expectations for them are high this year."